I grew up in this family business; to date on its 60th anniversary I am proud to be driving it. Our future is based on 3 principles: tradition, innovation, expansion.

Grespan Impianti Srl was born in 1961 from the intuition and entrepreneurial vision of the founder, Luciano Grespan, supported by his wife Bruna. The goal was clear right from the start: to design and build increasingly complex “turnkey” industrial plants tailored to our customer.

Since then we have been a leader in the production of feed production plants.

During our long journey we have broadened our horizons; today our productions also find applications in the agri-food, food and chemical sectors for which we design and manufacture plants and machinery for storage, transport, dosing and mixing.

We design and build turnkey industrial plants and customized machinery to meet the specific production requirements of our customers. Development follows the entire process, from first contact to after-sales and maintenance with our qualified staff.

For sixty years we have been working with major Italian and foreign companies thanks to our commitment to building relationships of trust and the high quality of our systems. We make our experience and specialization available to our customers by offering a complete service.

In 1961, the Knight Luciano Grespan started the business with his wife Bruna, thanks to his passion for this profession and the know-how acquired during his experience as an employee.

Since then, the leitmotiv has been the same: to create increasingly complex, turnkey, tailor-made systems.

Our company is rich in history which has made tradition its strength and which is at the same time in step with modernity.

In fact, in the last 20 years the company has opened its market also abroad, successfully building large installations in Saudi Arabia, Europe, Eastern Europe, Russia, and especially in North Africa; in Algeria in 2019 the largest industrial plant for the production of feed was completed and tested.

It is the people who make the company

We rely on the professionalism, experience and expertise of important and reliable resources to offer a complete service to our customers.

Our professionalism, our quality standards and customer satisfaction are guaranteed by the constant company commitment and proven by the certifications obtained over time, such as:

GRESPAN IMPIANTI S.R.L. manufactures and installs machinery and components that comply with the requirements of the Atex Directive 2014/34 / EU

Certification is a commitment that we undertake every day to ensure that our customers comply with the requirements defined by the standards. 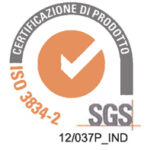 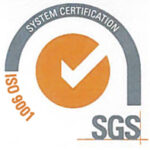 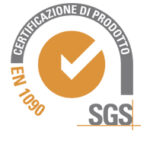 Fill out the form to be contacted by us.